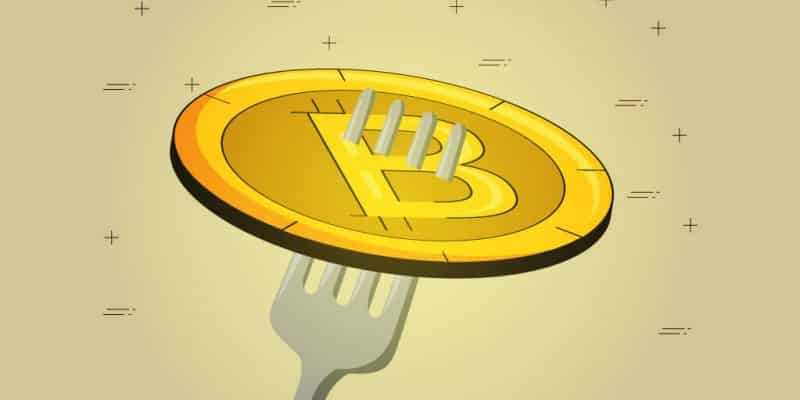 With the day by day increase in the popularity of Bitcoin, the Blockchain technology, which is the lifeline of Bitcoin, gets slowed down. It makes the whole system less reliable and the transaction costs going up. It demands the changes in the system so that this slow down could be addressed. There are blocks in any of the cryptocurrency and have a size. For bitcoins, the block size was 1 Mb, which was creating limits for the scaling of operation. It leads to the evolution of the concept of forks.

The addition or shifting to new protocols in order to make the system more compatible with the contemporary demands is called forking. They are actually conducted in order to bring new features to the blockchains, to reverse the effects of hacking, etc. There are two types of the fork- Hard fork and Soft fork. In a soft fork, there is still compatibility of the new nodes and the old nodes. It is analogous to the liberal system. While in the case of a hard fork, there is no communication between the old and new nodes, and the changes are permanent. It means if you are using the older version of algorithms, you would not be able to interact with the latest version. It means creating two types of currency, and in a hard fork, they are not interchangeable. Hence, the birth of different cryptocurrencies took place within the Bitcoin family. The outcome of the forking are Bitcoin, Bitcoin Cash, and Bitcoin Gold, and all have a different set of rules.

The two of the major Bitcoin hard forks are Bitcoin Cash and Bitcoin Gold.

Bitcoin Cash hard fork occurred in August 2017 and was designed to overcome the challenges thrown by the delayed transactions and lag. It results in an 8 Mb block instead of 1 Mb.

Bitcoin Gold’s hard fork came in October 2017 in order to make Bitcoin mining a more equitable process. The idea here was to give a boost to independence and decentralization, the very idea on which Bitcoin was founded.

Is Ethereum a fork of Bitcoin?

After Bitcoin, the second most popular cryptocurrency is Ethereum. Ethereum was intended to add beauty to the Bitcoin, but it has emerged as a competitor to the Bitcoin. Ethereum is different from Bitcoin for the reason of utilizing the blockchain for not only a decentralized payment network but also to store computer code, which can be used to power the tamper-proof decentralized financial contracts and applications. It was launched in 2015.

Is Litecoin a fork of Bitcoin?

It is neither a soft fork nor a hard fork of Bitcoin. In order to declare it as a fork, it should share at least a few of the chains from the genesis block. It has a completely different chain right from the start; hence it cannot be classified as the fork of the Bitcoin. It has nothing common with the history of Bitcoin blockchain.

Digital currencies like Bitcoin are slowly attracting a great pool of investors to invest in them. It provides an amazing opportunity for investors to trade in cryptocurrencies.

Bitcoin Trading is the process of buying low and selling high. It means buying Bitcoins at a low amount of fiat currency and selling it for a high amount of fiat currency. Bitcoin trading is different from the traditional markets in the sense of being open 24*7. For Bitcoin trading, the person has to open an account on the Bitcoin exchange. They can also use the auto-trading platforms such as Bitcoin Pro.

The continuous fluctuations in the value of the digital currency can better be dealt with the help of an auto-trading platform than by the human being. The advanced algorithm gives the Bitcoin pro an edge of 0.01 seconds in the competition. The user has both the options available that are automatic trading and manual trading. The platform claims to give a massive return for your investment.

The Bitcoin Pro is a superb platform to trade in bitcoins. It is a flexible and reliable platform. The Bitcoin Pro payouts are always accurate, and their verification process is efficient. Also, the profit can be withdrawn from any part of the world in their local currency. It has no hidden fees and is easy to operate. The Bitcoin Pro is very engrossing with modern tools and algorithms that promises to profit users by generating profitable market signals. It helps the investors to use correct strategies while trading in the market.

Bitcoin Cashouts Now Available at 16,000 ATMs in the UK